The Folklore Library and Archive

This Special Collection comprises the document archive collected by the late folklorist Venetia Newall. Upon her death, her physical object collection (in particular her collection of decorated eggs) was bequeathed to the British Museum where it is now stored. Her document archive was put to sale on the open market, but the Folklore Library and Archive was able to acquire and preserve it through an emergency fundraising scheme. See the biography on Venetia following for more details.
Venetia Newall (1935 – 2017) 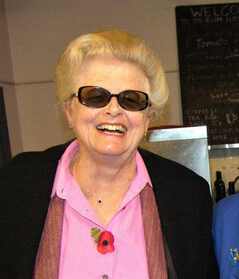 Born in London, Venetia Newall spent her childhood in the US during World War II, her father having been American and her mother English. On returning to the UK in 1953 she studied English Language and Literature at the University of St Andrews. It was the literature element of this that first kindled her interest in folklore.

In Easter of 1960 she and her husband were travelling across Europe writing for The Times newspaper. Venetia was taken by the decorated eggs which peasant women sold in the markets and she went on to collect hundreds of examples. The symbol of the egg at Easter subsequently formed her doctoral thesis and she became a leading expert in painted eggs. Examples from her collection can now be viewed at the British Museum.

Venetia joined The Folklore Society in the 1960s and became Secretary in 1967. She held this position until 1980 and was then President from 1985 until 1987. Along with other notable members such as Katharine Briggs and Hilda Davidson, Venetia was instrumental in reviving what was at the time an ailing organisation.

Other positions which Venetia held include a research fellowship at the School of Oriental and African Studies in London and a visiting professorship at Berkeley. She also founded the International Folklore Review – a journal for continental scholars who wanted to write in the English language.

An Easter egg was fittingly placed on Venetia’s coffin at her requiem Mass.

Although Venetia’s collections went to a suitable home, in 2021 we became aware that her written papers relating to her folklore work had been passed to an antiquarian bookseller and had been split in two and placed on the open market. We were successful in negotiating both a hold and a small reduction in price on the archives whilst we launched an urgent appeal to try and raise the funds needed to secure the collection. Through generous donation and the organisation of a day of talks, we were able to acquire the entirety of the archive by June 2021.
Aside from ticket holders and anonymous donors, the following people contributed to this fund and we are happy to recognise them on this page:
​
Ian Russell, Folklore Film Fans, Ruth Collard-Stayte, Hannah Davis, Lisa Crouch, Eleanor and Pam Walker, Jeremy Harte, Alice Sage, Wiona Porath (in honour of Jen Porath), Francesca Lindsay White, Christina Sampson, Tiger Lantern, Meri Dickson, Neil Philip, Amanda South, Lissa Sloan, Rebecca Farkas, Frederick Buchan, Bruce Triggs, Robert Espy, Bill Roberts, Corinne Clark, Burwood Books, Thomas Vallrugo, Owen Davies, David Palliser
The Venetia Newall Archive is fully indexed
Click here to access a PDF copy of the index
To request access to the archives, or to enquire about obtaining digital copies of pages from this collection, please use our contact form